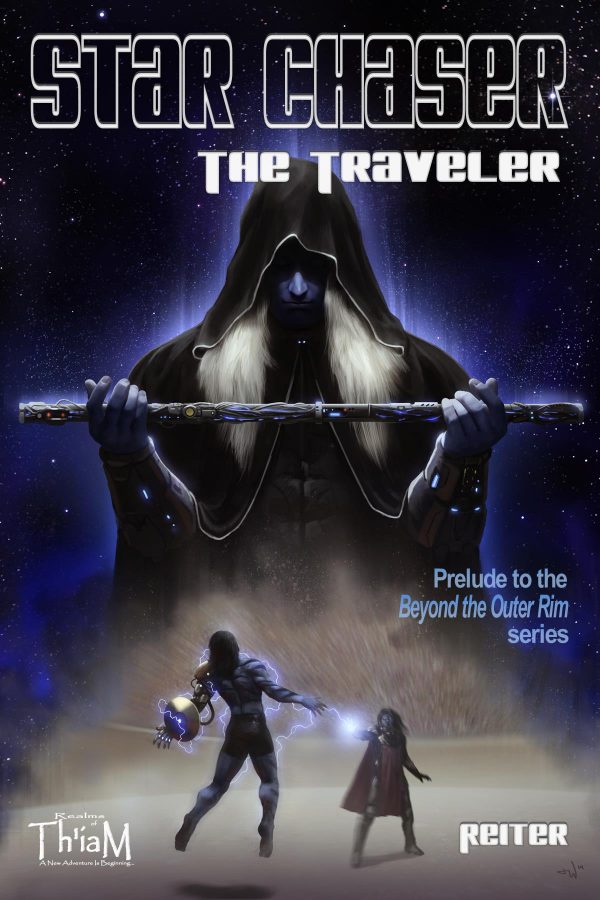 You have just entered a new realm – a new Universe where there are worlds, races, powers, allies and enemies just waiting to be discovered.

Your place may be with the wielders of Iro… or perhaps as a Traveler… it could be that your destiny lies on a ship flying through the stars… or straining your skills on a battlefield… maybe you’re most suited to hours spent pouring over ancient tomes… or engaged in a game of chess that will shape the cosmos.

Whatever your place – wherever your destination – you will find yourself…

Beyond the Outer Rim


Deprecated: wp_make_content_images_responsive is deprecated since version 5.5.0! Use wp_filter_content_tags() instead. in /home/madolynp/public_html/site/wp-includes/functions.php on line 4773

In ‘Star Chaser: The Traveler’, the prelude to the series, we meet Z’Gunok Tel Dungias, a Malgovi born without the ability to channel Iro, an ability inherent in the vast majority of his race.

As a member of a high-ranking family, he lived a life in-between… not truly an outcast, but never fully embraced. Often discounted and forgotten, Dungias was left to grow and learn primarily on his own. Yet the advantages of his family’s name did not entirely protect him against those who considered him anathema.

Through strength, daring, and unexpected cunning, Dungias created himself out of nothing – and worked toward the day when he could make changes…

Little did he know just how far-reaching those changes would be!